Coronavirus Update: We care about your health and continue to service our customers safely. Read More

Your Browser Is Incompatible

You are seeing this message because we have detected you are using Internet Explorer 10 (or older) to browse our site. Unfortunately, this means that your browser is too old to display our site properly and that certain areas of the site may display incorrectly or not at all. Please upgrade to the latest version of Google Chrome, Mozilla Firefox, Internet Explorer, Microsoft Edge, or Apple Safari in order to view this site.

Why Solar Energy Installation Is Not a DIY Task 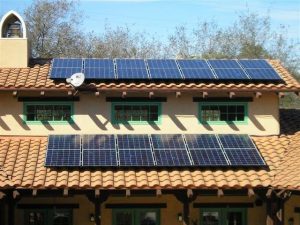 Solar energy is an attractive offer. After all, who wouldn’t want to effortlessly make their own electricity? There’s even a chance you can sell that energy back to the electrical company.

Of course, not everyone is convinced that solar energy is worth the cost. They’re willing to go through the back-channels in order to get solar energy at a price they believe is right. Often, that means going the DIY route. But don’t be fooled by videos and articles online—solar energy installation is by no means a DIY task.

Not only is it dangerous to work with electricity, but the world of solar energy is complicated right now. It’s better to trust in a professional. Here’s why:

DIY Is Not Eligible for Rebates

There are many enticing tax incentives for choosing to install solar energy. That’s no secret—it’s one of the main reasons that people are willing to pick up solar energy! Of course, anything to do with taxes comes with a long list of specific details and stipulations. One of them, more often than not, is that your solar energy system must be installed by qualified solar experts in Sacramento. Going through the effort of performing a DIY installation could end up with you missing out on one of the best reasons for going solar in the first place.

On that note, don’t hand your money over to anyone who isn’t a professional contractor. California has seen many scams surrounding solar energy panels, including those who will try to install your panels without a signed contract (then they’ll raise the price on you later).

Extensive Knowledge of Electricity Is Required

Any work with electricity is just plain dangerous, no matter who you are. Solar panel work is no exception, as it includes DC electricity, battery banks, and more. Plus, working on a rooftop brings its own dangers.

And it’s not just about the physical work, either. You need the extensive knowledge of electrical codes to ensure that everything is being performed to the right standards. Many states take issue with DIY electrical systems and won’t allow you to tie them into the grid as a backup. Even if the state is OK with it, you’ll still need to pass their inspection and testing.

Buying Your Own Panels Is a Bad Idea

Some may think that instead of trying to do all the work themselves, they’ll buy their own panels for cheap and then have a contractor install them. There are big problems with this, however.